I’ve had some medical problems recently. As a result, I’ve only got partial vision in my left eye.

Sometimes I can look through both eyes comfortably, such as while driving at night. At other times, especially in front of a computer screen, the different views between the left and right eyes is uncomfortable. I find I have a tendency to close my left involuntarily when this happens.

The problem is that keeping one eye closed has tended to distort the left side of my face a bit. Not much, but I’m concerned that if I keep doing it I might spoil what’s left of my good looks. A solution that works is for me to wear an eye patch. That way I can keep my left eye open and have comfortable vision.

1 – I have peiratelogolepsy. Since most of you probably don’t keep your Greek dictionaries handy (shame on you!) I’ll translate: This is the inability while wearing an eye patch to not talk like a pirate.

Ye scurvy dogs had best be glad that the sawbones be havin’ a medicine for that, else me speech be soundin’ arrrr-tificial.

2 – Folks can look at the eye patch and feel pity for you. There’s only one answer: If I’m going to wear an eye patch, I might as well make it a fashion statement. 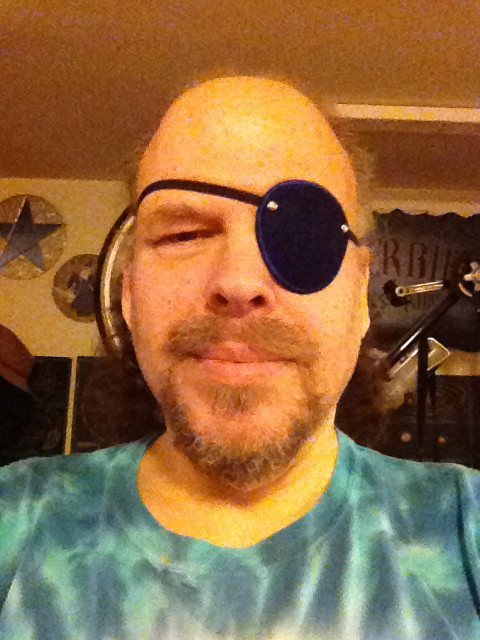 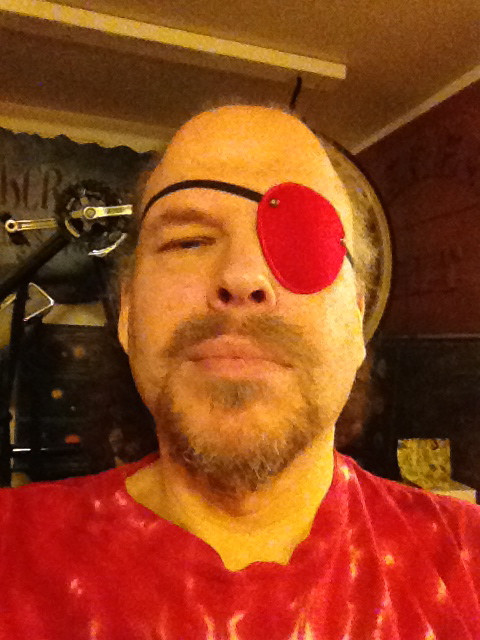 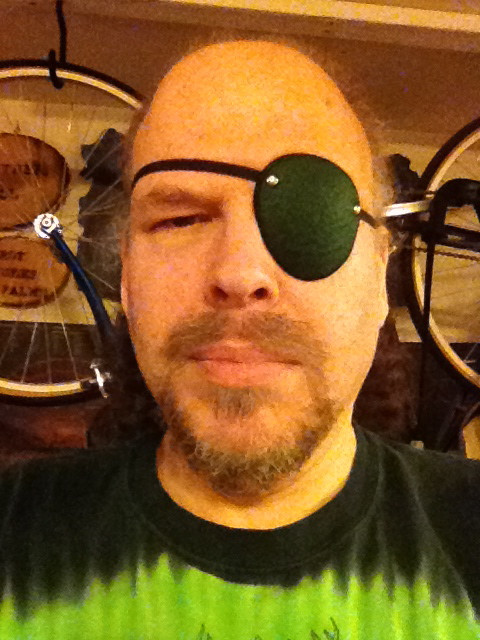 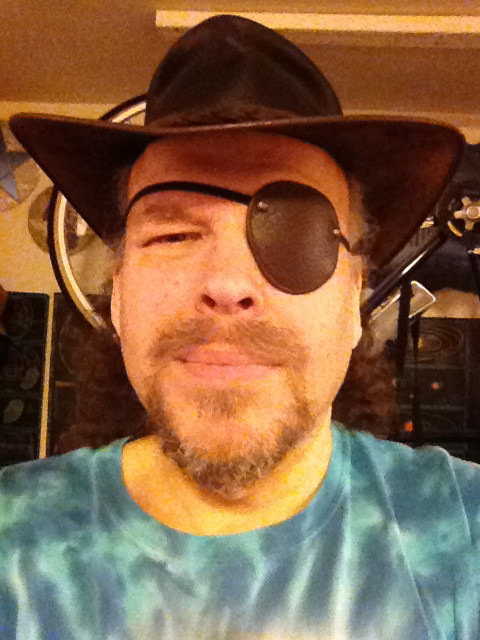 The eye patches come from Eye-Grafx, one of several custom eye-patch manufacturers I found via web searches. All of them are custom-made, with color, trim, and studs selected by me.

This is just a fraction of what Eye-Grafx can do. They’ve got all sorts of patterns, and can do custom designs. Folks keep asking me, “Can you get an eye patch with an eye on it?” The answer is yes! But I won’t, since it’s too much of a distraction for other people and it’s just a one-shot joke.

From now on, when people ask “Why do you wear an eye patch? Were you burned by acid, or something like that?”

I’ll say, “Oh no, it’s just that they’re terribly comfortable. I think everyone will be wearing them in the future.”