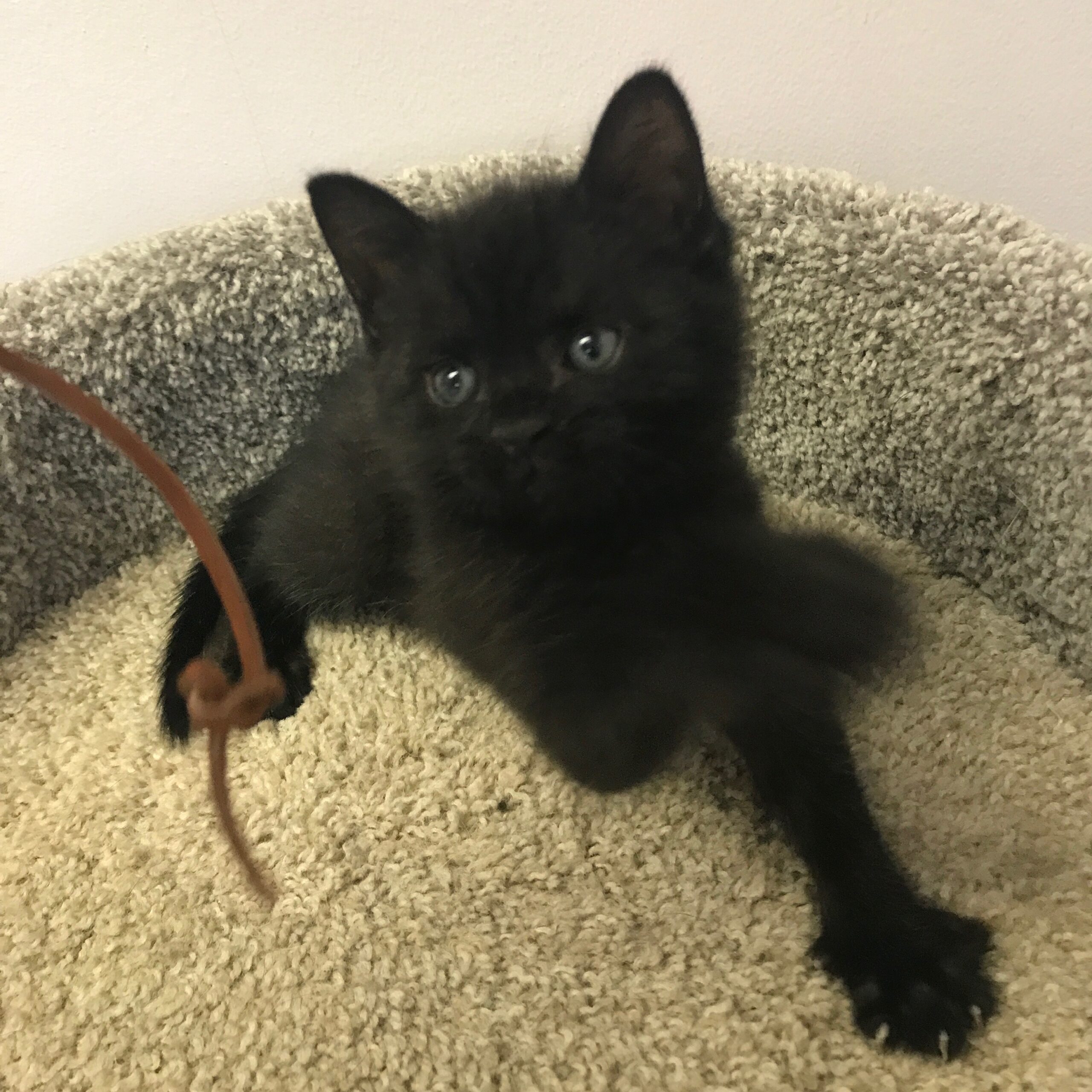 This time around, I’m giving my cats names in Klingon. This one is jI’IHqu’, which means “I am very beautiful.” The “‘” signifies a glottal stop; that’s what you say between the “uh” and “oh” of “uh-oh”. The H signifies a hard “ch” sound, like in Bach or chutzpah.

However, it’s hard for cats to say glottal stops. Some humans have trouble with it too. Therefore, he shall be known as Jiku.

Here we have Sub’a’, which is “a great hero” in Klingon. The “S” signifies an “sh” sound. That’s hard for some vI’ghro (cat in Klingon) and tera’ngan (Terrans) to remember. So he shall be known as Shuba.

Despite their resemblance and similar age (the vet assigned their birthdate as May 10, 2021), they are not related to each other.

Jiku was found as a teeny kitten in the Bronx. The ones who found him bottle-fed him until he was old enough to be adopted. They placed him with my vet.

Shuba was discovered wandering near the Old World Market in Nyack. According to the vet, there are a number of kittens of different ages that have been found in that area. He was already used to being handled, so the vet thinks it’s unlikely he was feral.

Jiku and Shuba have unclear origins. However, I hope to give them a clear and contented life.

At the moment I’m typing this, I’ve left them in my bedroom so they can explore their new home without my interference. They’re tiny, and it’s more space than they’ve had to run around in so far in their little lives. I just checked, and they’re hanging out underneath the bed. In a week or so, I’ll let them into the rest of the apartment.

Content warning: The remainder of this post discusses the cycle of life for both cats and humans. It’s a bit of a downer. If you’re only reading this post for the cat pictures, this is a good place to stop.

If you can see my Facebook feed, you saw this picture at the end of last April: 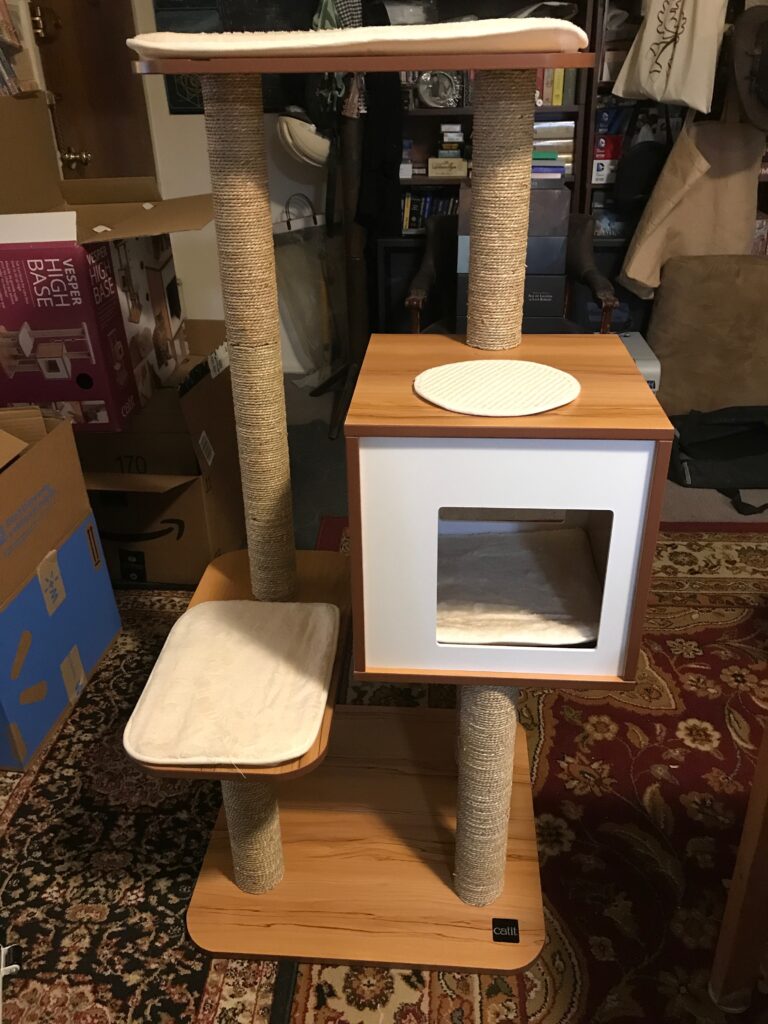 Shadow passed away at the beginning of November 2020. I needed time to process my grief. The cleaning of my apartment and the purchase of that cat tree at the end of April 2021 was part of that process. I needed to scrub away old memories and make room for the new.

Finally, after seven months, I knew it was time. I contacted my vet and let her know I was looking for a couple of kittens. It took a week or so, and then she called to let me know that she had two kittens. She was also looking to place a 10-year-old cat whose owner had passed away. (When I came to pick up Jiku and Shuba today, she told me that she’d already placed that older cat.)

I seriously thought about going for older cats. I have a couple of friends (B and L, for those who know them) who make a point of adopting cats who’d otherwise would have trouble finding a home.

My first “cycle” of cats went from 1985, when my beautiful and loving cat Pepper came into my life, and ended when Ginger passed away in 2002. My second cycle began in 2002 when I adopted Shadow and Mist, and ended in 2020 when Shadow left this world.

I’m in my early 60s. If I wanted to enjoy “kitten time” again, and experience one more full cycle, it would have to be now. It is likely that when this third cycle with Jiku and Shuba comes to an end, I’ll be in my mid-to-late 70s. At that point I’d have to face the hard reality that if I adopted kittens again, they might outlive me.

I decided that I wanted to adopt kittens now.

My general life plan (as if any of us can plan our lives two decades in advance) is to adopt older cats after this third cycle is complete. Three intervals of kitten time is about as much as anyone can expect in this life, and I believe that I’ll accept that I’ve had my share.

Meanwhile, enough with the blogging. I’ve got some kittens to play with.

What Isaac taught me